Having summed up some of the best bits of last year and included a podcast, I thought it might be a good idea to give a run down of some of the other podcasts to which I listen. (Grammar lessons from Wittertainment’s Mark Kermode).

I mainly listen to these on my commute to and from work (around an hour each way, so perfect for one show), although since buying myself a pair of Philips Wireless Headphones I’ve also started to listen around the house. On average I’m now listening to around 10 hours a week, meaning I can hear quite a few different shows.

My listening habits are clearly divided into two areas: 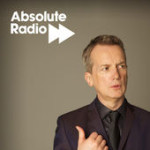 It’s essentially no more than comedian Frank chatting with friends Emily Dean and Alun Cochrane every week, but at times borders on a stand-up workshop as the three are all naturally witty and bounce well off each other. After five years, each has their own radio persona (Emily’s man troubles and pompousness; Alun’s tightness and slow transformation into well-dressed actor; Frank’s Doctor Who obsession and fatherhood) and has various running gags, which gives great coherence to the show. The editing of the podcast is great too, stripping out all the music and allowing conversations to finish on a joke as per a comedy routine, which makes for a really enjoyable hour. 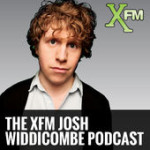 Although Josh Widdecombe’s name is on the title, this show is very much guest and feature led. It’s not dissimilar to a zoo format, with regular guests (generally up-and-coming comedians) and contributions from ‘Producer’ Neil and ‘Intern’ Charles. Regular features have included James Acaster’s scrapes, Nish Kumar’s conspiracy theories and Nathaniel Metcalfe’s look back into television history. There’s also usually some sort of game with the studio guests and a brilliant AOB section where listeners write in with their pedantic corrections to previous shows. Again as the music is edited out it makes for a flowing show of around an hour. 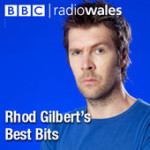 Unlike the above two radio show podcasts, this is very much a condensed version of Rhod Gilbert’s Saturday morning slot on BBC Radio Wales. Deliberately lo-fi (usually broadcast from either his kitchen in London or a small studio in Swansea), it’s around 25 minutes of Rhod and his co-host’s funniest moments from a three hour show. Often irreverent – like Rhod’s stand-up – particularly with ridiculous features and quizzes, the show flies by and is perfect to fill a short amount of time. 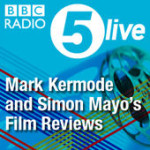 The absolute stalwart of radio podcasts, and simply the finest. Nicknamed ‘Wittertainment’ (a cross between two old guys wittering and entertainment), you don’t even need to be into movies to enjoy it. Full of in-jokes, listener input and back-references, it becomes better the more you listen, which goes a long way to explaining why it’s been running for over ten years. An absolute must listen. 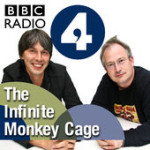 Hosted by comedian Robin Ince and physicist Professor Brian Cox along with a panel of guests, it’s a sideways look at the world of science. Although some of the terminology and ideas may be very technical, the delivery and tone certainly isn’t meaning you don’t need to be into your science to understand it. Funny and incredibly informative and well worth a try. 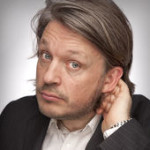 One that I’ve just started listening to, but has gone straight onto my subscription list. Each week comedian Richard Herring interviews someone from the world of comedy in front of a live audience. The whole thing is unscripted meaning sometimes the discussions are downright silly and other times about quite serious issues, giving it a unique edge when listening. 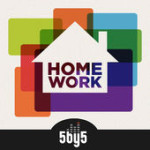 Probably my favourite creative podcast, largely for the different perspective it gives. The two American presenters – freelance designer Aaron (@amahnke) and telecommuter writer Dave (@davidcaolo) – talk through a variety of different questions and queries, recommending solutions and software based on their own experiences of working from home. It’s always informative and often throws up good suggestions with a great rapport between the hosts. 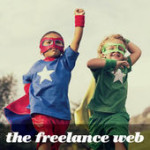 Similar to Home Work, but very much British-based, Sean (@seanuk) and Liz (@liz_e) are two freelance designers living in the East of England. In their own words: “The weekly podcast for freelancers working on the web, discussing the everyday ups and downs of freelancing, plus web industry news, reviews and interviews.” 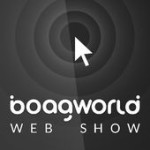 The daddy of Web Design podcasts, and probably the first podcast I ever heard. It’s been running longer than anyone can remember, and has become much more than just a 45 minute show each week. Very much web design based, often leaning towards dealing with clients, Paul (@boagworld) and Marcus (@marcus67) have built a whole community and wealth of information. A must-listen for any up-and-coming web professional. 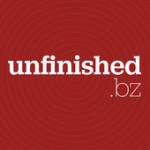 Andy Clarke (@malarkey) is in conversation with a guest each week discussing various aspects of the design industry. It’s a great blend of light-hearted discussion mixed with sometimes serious topics, all relevant to working in the creative world. As Andy describes it: “A weekly discussion show about the business end, the sharp end of web, design and creative industries.” 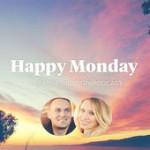 Although they seem to be taking a break at the moment, it’s well worth listening back through old episodes of Happy Monday as there’s some great advice amongst them. Designed to perk up your Monday morning, it’s a light-hearted 30 minutes with Sarah (@sazzy) and Josh (@joshlong) chatting amongst themselves, or sometimes with guests, about the latest design industry news. 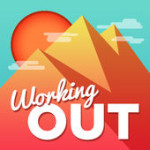 Working Out (Ashley Baxter and Paddy Donnelly)
Subscribe on iTunes

A recent addition to my shows, and I’m about halfway through the back episodes. Like many of the podcasts above, the combination of the two hosts works really well. Ashley (@iamashley) has a interesting background running an insurance business whilst being a freelance photographer, and Paddy (@paddydonnelly) is a freelance illustrator. Both are incredibly honest hosts, fully highlighting their mistakes as well as successes, which makes for valuable listening. 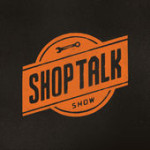 This is a show I’ve literally just started subscribing to, having first taken notice of them after winning Podcast of the Year at The Net Awards 2014. From the first couple of episodes I’ve heard it seems incredibly well-produced and concise but yet very informative on a whole range of web industry topics. Looking forward to more.