In the five years since I last published the article Podcasts To Which I Listen, the medium has gone from mostly being a home to niche shows by geeks and comedians, to everybody and their dog – quite literally – making podcasts. So what have I been listening to in 2019? 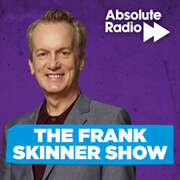 Now in its tenth year, Frank Skinner’s flagship Absolute Radio show is still going strong, thanks in no small part to the perfectly edited podcast. Without the music and usual radio admin – and, crucially, always ending each segment on a punchline – it’s an hour of perfect entertainment with three people who chat like friends, both with themselves and the audience. Long may it continue.

Speaking of long-running shows, Mark Kermode and Simon Mayo’s Five Live radio show continues as boldly as ever (despite the latter’s acrimonious departure from his other BBC Radio 2 show). They are only a couple of years off twenty on the station, and it’s a partnership that goes back to the 90s on Radio 1. Given its longevity, the in-jokes have their own website, but the serious bit of reviewing films is still one of the best in business. 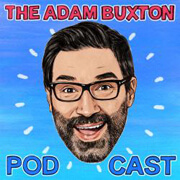 Now four years old itself, it’s wonderful to see one of the 90’s most-loved comedians having such a renaissance. While former partner Joe Cornish is off making Hollywood films, this podcast still has all the spirit of their infamous TV output and 6Music show from over a decade ago. The quality of episodes largely depends on the guest, but with such a diverse range or people it’s always funny or informative, and often both. 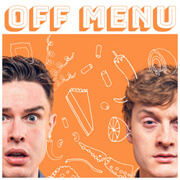 Comedians doing straight podcasts is always a bit hit and miss, but with Off Menu, Ed Gamble and James Acaster have found a brilliant niche. From what is no more than a ’round a pub table’ conversation of your dream restaurant menu, they’ve created a unique and both interesting and hilarious podcast. Each week a guest describes their dream food choices to Ed, the restaurant host, and James as his genie waiter, which is as entertaining and madcap as it sounds, albeit with all three sometimes very passionate about the dishes chosen. 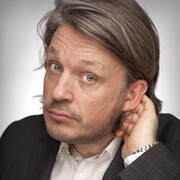 Now over 230 episodes in, while Richard Herring may have pretty much disappeared from the mainstream media over the last 25 years, this Kickstarter and often self-funded podcast remains one of the greats of the modern platform. On stage, and in these celebrity interviews, Herring is a strange mix of his actual persona and the edgier, creepier character of ‘Richard Herring’, giving an often meta but surreal edge to proceedings. His infamous ‘Emergency Questions’ from the podcasts have even formed their own spin-off books. Recent tour episodes haven’t been as great as the usual Leicester Square Theatre offerings, but it still remains a must-listen. 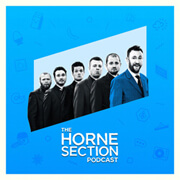 What started on Radio 4 as a musical comedy half-hour with various guests, then moved to Deezer, now finds itself largely crowdfunded – the main reward of which being a personalised song about the donor – and all the better for it. Although his ‘other’ project Taskmaster keeps growing to new heights, you feel this is where Alex Horne belongs, riffing with his mates, all of which contribute ideas to the output. The celebrity guests each week range from being the target of abuse to playing along with the jokes, resulting in songs and skits that while sometimes lyrically cheesy, are often witty, stupid and sharp in equal measure.

Quickly Kevin, Will He Score?

Named after the infamous Kevin Keegan quote, this unashamedly rose-tinted look at 90’s football is a delight. Featuring Josh Widdicombe alongside mates Michael Marden and Chris Scull, often with guests talking about a club or event close to their heart, it’s nothing more than a reminisce about all that was good about the beautiful game in the pre-Internet age. Look out for the episodes which feature around football documentaries, or even better, discussing Steve Bruce’s three – yes, three – crime novels. 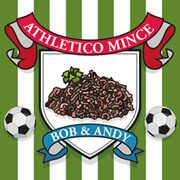 While the first episode now contains a caveat to encourage you to start later in the series, if you haven’t yet been seduced by Andy Dawson and Bob Mortimer’s ‘footballing’ podcast it’s worth going right back to the start. While nothing like the exceptional quality that the show has become, the early episodes provide a valuable background of how it all fell together and where several in-jokes began. Nowadays far less about the football, it’s a wonderful platform for Bob Mortimer to showcase his surreal, but well-rounded character comedy, with Dawson a more than admirable foil and contributor. 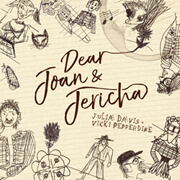 Fans of Julia Davis’ work will know what to expect from this podcast, it’s unreservedly dark – think Lizzie and Sarah, rather than some of her more constrained TV work. Now back for its second series, she is once again joined by Vicki Pepperdine to form a partnership first seen on the excellent Sally4Ever. They play two outrageous, but seemingly innocently unaware ‘agony aunts’, answering listeners’ questions about relationships and sex. The results are eye-wateringly hilarious.

With the Radio 4 show now in Lauren Laverne’s capable hands following Kirsty young’s now official departure, the show has somewhat lost its journalistic tone, but our new host does make up for it with her extensive musical knowledge.

David Tennant Does a Podcast With…

A surprise addition to the many people venturing into the world of podcasting, the always likeable David Tennant is unsurprisingly charming whilst interviewing celebrity guests – largely helped by most of them being his mates and colleagues.

Walking The Dog with Emily Dean

Having risen to fame on the aforementioned The Frank Skinner Show, Emily Dean has used her new-found love of dogs as a platform to interview various guests. As per her own backstory, chats often revolve around family, loss and therapy, making for some interesting listening.

Nearly 700 episodes in and showing no sign of slowing down, the public radio program with over 2.2 million listeners and an additional 3.6 million podcast downloads is the behemoth of the genre. Always professionally and impeccably lead by host Ira Glass, it paves the way for much of modern journalism.

This audio version of designer and business owner Ashley Baxter’s excellent and brutally honest blog of her journey building and running With Jack insurance agency.

Although co-host Paul Boag may have left agency Headscape, himself and former colleague Marcus Lillington are still going strong with their web design podcast. The name may have slightly altered over the years – UX was barely coined as a phrase when the show started 14 years ago – but the quality of advice is still the same, and now split into short seasons with different central themes.

The Freelance Web / The Elastic Brand

Despite its sporadic output, Elizabeth Elcoate and Sean Johnson offer some great tips on both design and freelancing itself, one of the few remaining podcasts of a formerly saturated genre. Liz now also has her own The Elastic Brand show, interviewing a leading designer each week.

Unfinished Business – Andy Clarke’s design podcast now seems to be on permanent hiatus. Never really got back into a consistent flow once co-host Anna Debenham left, and seems to have been unfortunately mothballed.

Serial – This American Life’s spin-off unsolved crime show blew open the podcast world back in 2014, but never recaptured that magic in later series.

Russell Brand on Radio X – The comedian’s return to radio after his BBC stint, complete with regular cohorts Matt Morgan and Mr Gee, brought back the same magic, but seems to have been put on hold for now.

The Rhod Gilbert Podcast – After 13 long years, the welsh comedian finally brought his excellent Radio Wales Saturday morning show to end, and will be sorely missed.

Working Out – One of many superb freelance design podcasts that didn’t last, now Ashley Baxter runs With Jack as above, and Paddy Donnelly continues his amazing illustrations.

Happy Monday – Another design duo that have gone separate ways, this type of chirpy upbeat show is much missed in the industry, with Sarah Parameter and Josh Long now continuing their various careers.

Home Work – Of all the freelance podcasts, this always felt the most rustic and charming, but has easily produced the biggest name. While Dave Caolo and Aaron Mahnke’s working from home show offered great advice, the latter ditched the design career to produce Lore, which has gone from podcast to books, to even an Amazon Prime Original series.